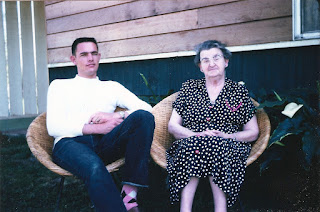 My career direction in college? Boy, was I confused. I recall when I was a sophomore. I had just squeaked through Organic Chemistry -- a chemist I was not. I went to the college counselor and he had me take the Strong Interest Inventory. Later, between puffs on his pipe and scratching his head, he said my highest scores were for Plumber, Airline Pilot, and Carpenter; my next highest score was for Social Worker -- "Hmm . . . Larry, I don't know quite what to make of this." I don't remember the rest of our conversation . . .

Years later I learned that I have an unusual personality when viewed from John Holland's theory: Realistic-Social. He would call it "inconsistent". Inconsistent personality types are one of these pairs: Realistic-Social, Investigative-Enterprising, or Conventional-Artistic. People with these combinations are unusual and, you guessed it, have trouble making career decisions! It makes sense, because these personality pairs are largely opposites of each other. More on this . . .

I don't think Holland would use a label like "inconsistent" in career counseling. Words like "special" or "unique" have a much more positive sound. I like the phrase, "differing gifts". We all have them, and they are growing. The challenge is to understand and value them. Fortunately, with thoughtful effort, over time, we can usually find satisfying and fulfilling ways to use them.

I feel I have been successful for the most part, particularly with the support of my wife, but it is an ongoing project . . . I think most people are working on this -- knowing and valuing their gifts, finding a way to use them in their work and life.

What do you think?

Are you aware of your "differing gifts"?

Is it an "ongoing project" for you?

Have you found the activities at the Career Key website helpful? Like the one on Identifying Your Skills?
Posted by Lawrence K. Jones at 8:50 AM